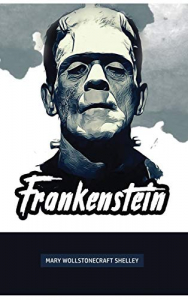 Résumé: Frankenstein; or, The Modern Prometheus was written by the English author Mary Shelley. It recounts the tale of Victor Frankenstein, a scientist who creates a grotesque, living creature in an unorthodox scientific experiment. The first edition was published anonymously in 1818, when Shelley was only 20 years old. Her name finally appeared on the second edition, published in France in 1823. She was supposedly influenced by knowledge of alchemist experiments carried out by Johann Dippel in the Frankenstein Castle in Germany. 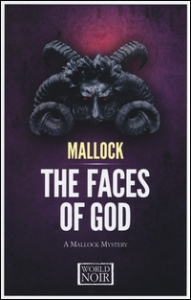 The faces of God ; translated from the French by Tina Kover

The faces of God - Copies

Résumé: Murder and depravity are Police Commissioner Amédée Mallock’s daily bread. As far as he is concerned, mankind has been thoroughly abandoned by God, and the visions that haunt him do nothing to disabuse him of this notion. But nothing he has encountered has prepared him for the sudden appearance of a serial killer dubbed “the Makeup Artist.” The bodies of the killer’s first victims, found in four separate neighborhoods of Paris, are monstrous works of art, baroque masterpieces of depravity, demented expressions of corrupted piety. These crimes are unprecedented in their ferocity and their intricacy, and the deeper Mallock investigates the greater the mysteries and the enigmas. There seems to be no tenable solution to this series of crimes behind which the devil himself seems to lurk. A supernatural and theological thriller, The Faces of God is superior fiction for fans of the TV series True Detective and of novels by writers such as Douglas Preston, Lincoln Child, and Dean Koontz. Jean-Denis Bruet-Ferreol, who writes under the pseudonym Mallock, was born in Neuilly-sur-Seine in 1951. He is an author, painter, photographer, designer, inventor, artistic director, and composer. Since 2000, he has dedicated himself to digital painting and crime novels.