The storm of war Andrew Roberts
0 0

The storm of war : a new history of the Second World War / Andrew Roberts

The storm of war - Copies

Résumé: From the author of Masters and Commanders, Andrew Roberts' The Storm of War: A New History of the Second World War has been hailed as the finest single-volume account of this epic conflict. The Second World War lasted for 2,174 days and claimed the lives of over 50 million people. Why did it take the course that it did? Why did the Axis lose? And could they, with a different strategy, have won? Ranging from the Western front to North Africa, from the Baltic to the Far East, he brings the story of the war - and those who fought it - into focus as never before. Résumé: Fans of The Twilight Saga will be enthralled by this riveting story of Bree Tanner, a character first introduced in Eclipse, and the darker side of the newborn vampire world she inhabits. In another irresistible combination of danger, mystery, and romance, Stephenie Meyer tells the devastating story of Bree and the newborn army as they prepare to close in on Bella Swan and the Cullens, following their encounter to its unforgettable conclusion 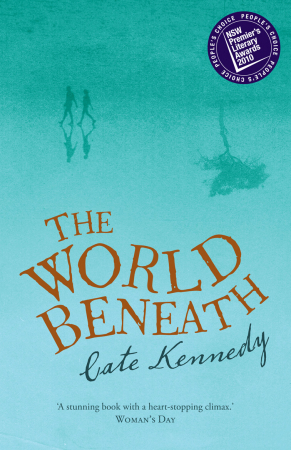 The world beneath Cate Kennedy
0 0

The world beneath / Cate Kennedy

The world beneath - Copies

Résumé: Once, Rich and sandy were environmental activists, part of a world-famous blockade in Tasmania to save the wilderness. Now, twenty-five years later, they have both settled into the uncomfortable compromises of middle age - although they've gone about it in very different ways. About the only thing they have in common is their fifteen-year-old daughter, Sophie. When the perennially restless Rich decides to take Sophie, whom he hardly knows, on a trek into the Tasmanian wilderness, his overconfidence and her growing disillusion with him set off a chain of events that no one could have predicted. Instead of respect, Rich finds antagonism in his relationship with Sophie; and in the vast landscape he once felt an affinity for, he encounters nothing but disorientation and fear. Ultimately all three characters will learn that if they are to survive, each must traverse not only the secret territories that lie between them but also those within themselves.