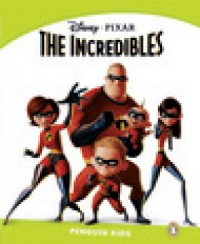 Résumé: The Incredibles are a family of superheroes. But people do not want superheroes anymore! Mr. Incredible becomes Bob Parr and gets a normal job. It is very boring. One day he gets a message... He must stop the Omnidroid! But who is Syndrome and what does he want? Résumé: When Carl was a boy, he often wore goggles and a helmet because he imagined he was an explorer. Now Carl is an old man and he has to go to live in a home for the elderly. But when two men come to take Carl to the home, they hear a loud noise and see something amazing! Thousands of balloons on ropes are coming out of the chimney, pulling the house UP into the air!