The war of the worlds / H.G. Wells ; edited by Patrick Parrinder ; with an introduction by Brian Aldiss ; and notes by Andy Sawyer

The war of the worlds - Copies

Résumé: The first modern tale of alien invasion, H.G. Wells's The War of the Worlds remains one of the most influential science fiction novels ever published. This Penguin Classics edition is edited by Patrick Parrinder with an introduction by Brian Aldiss, author of Hothouse, and notes by Andy Sawyer. The night after a shooting star is seen streaking through the sky from Mars, a cylinder is discovered on Horsell Common in London. At first, naïve locals approach the cylinder armed just with a white flag - only to be quickly killed by an all-destroying heat-ray, as terrifying tentacled invaders emerge. Soon the whole of human civilisation is under threat, as powerful Martians build gigantic killing machines, destroy all in their path with black gas and burning rays, and feast on the warm blood of trapped, still-living human prey. The forces of the Earth, however, may prove harder to beat than they at first appear. 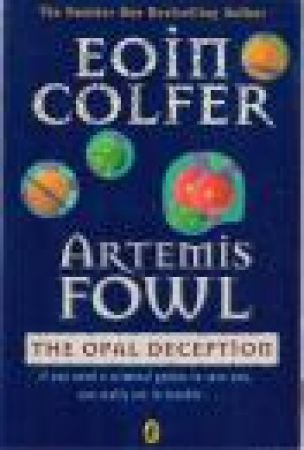 Résumé: Artemis Fowl and the Opal Deception is the fourth phenomenal book in the legendary Artemis Fowl series by Eoin Colfer. Arch-Criminal Artemis Fowl's mind has been wiped. Now someone wants him dead. Artemis Fowl is the only boy ever to have discovered an armed and dangerous fairy race living below ground. He just can't remember any of it. But Artemis needs his memory back - and fast - because a power-crazed pixie is out for revenge, secretly scheming to overthrow the Lower Elements Police. If only Artemis's one fairy ally, Captain Holly Short, wasn't on the run. Everyone is depending on him. And with Holly gone, Artemis is depending on a flatulent dwarf. Things are about to explode . . . 'Hugely satisfying - not to be missed' - Irish Independent 'Engagingly vivid, exciting and witty' - The Telegraph 'Fast, funny and very exciting' - Daily Mail ***Artemis Fowl was winner of the WHSmith Children's Book of the Year Award and Children's Book of the Year at the Children's Book Awards Kafka on the Shore Haruki Murakami
0 0

Kafka on the Shore / Haruki Murakami ; translated from the Japanese by Philip Gabriel

Kafka on the Shore - Copies

Résumé: Here we meet a teenage boy, Kafka Tamura, who is on the run, and Nakata, an aging simpleton who is drawn to Kafka for reasons that he cannot fathom. As their paths converge, acclaimed author Haruki Murakami enfolds readers in a world where cats talk, fish fall from the sky, and spirits slip out of their bodies to make love or commit murder, in what is a truly remarkable journey. 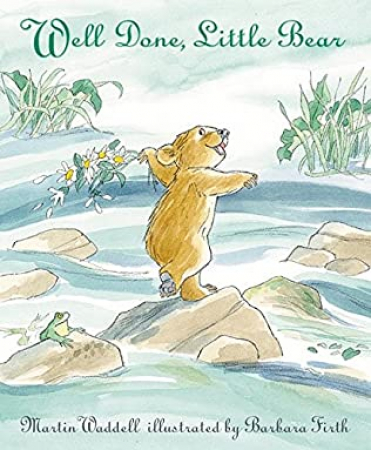 Résumé: Little Bear wants to go exploring. He climbs Bear Rock and bounces on the branch of the old bendy tree, all by himself. Big Bear looks on, giving help and encouragement. When Little Bear slips and falls in the stream, Big Bear is at hand to give a comforting hug.