At the edge of the orchard Tracy Chevalier
0 0

At the edge of the orchard / Tracy Chevalier

At the edge of the orchard - Copies

Résumé: In the inhospitable Black Swamp of Ohio, the Goodenough family are barely scratching out a living. Life there is harsh, tempered only by the apples they grow for eating and for the cider that dulls their pain. Hot-headed Sadie and buttoned-up James are a poor match, and Robert and his sister Martha can only watch helplessly as their parents tear each other apart. One particularly vicious fight sends Robert out alone across America, far from his sister, to seek his fortune among the mighty redwoods and sequoias of Gold Rush California. But even across a continent, he can feel the pull of family loyalties… 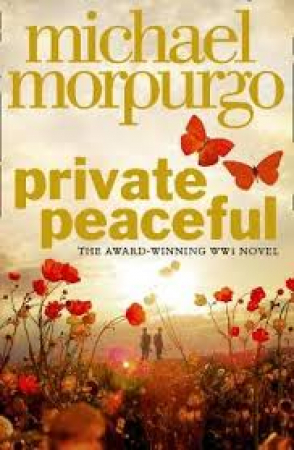 Résumé: Heroism or cowardice? A stunning story of the First World War from a master storyteller. Told in the voice of a young soldier, the story follows 24 hours in his life at the front during WW1, and captures his memories as he looks back over his life. Full of stunningly researched detail and engrossing atmosphere, the book leads to a dramatic and moving conclusion. Both a love story and a deeply moving account of the horrors of the First World War, this book will reach everyone from 9 to 90. Résumé: This edition of New York Times bestselling and Newbery Medal-winning author Neil Gaiman’s modern classic, Coraline—also an Academy Award-nominated film—is enriched with a foreword from the author, a reader's guide, and more.

Résumé: One Christmas Eve, Father Christmas returns home after a hard evening's present delivering. Having put his reindeer to bed, he is just about to go to sleep himself, when he makes a distressing discovery: there is still one present left in his sack. It is for Harvey Slumfenberger, a poor boy whom Father Christmas knows only ever gets one present - the one that Father Christmas brings him. So, tired as he is, Father Christmas sets out alone for Harvey Slumfenberger's home far, far away on top of the Roly Poly Mountain. But will he get there on time? The author/illustrator of this picture book, John Burningham, has twice won the Kate Greenaway Medal - for "Borke: The Adventures of a Goose With No Feathers" (1964) and "Mr Gumpy's Outing" (1970). He has also won the Emil/Kurt Maschler Award for "Granpa" (1984). His other books include "Alphabet", "Numbers", "Colours", "Opposites" and the "Rhymetime" series.