Résumé: High adventure, mind–blowing suspense. Tom Kirk, the world’s greatest art thief, is back on another life–threatening mission. In London, an Auschwitz survivor is murdered in his hospital bed, his killers making off with a macabre trophy – his severed left arm. In Fort Mead, Maryland, a vicious gang breaks into the NSA museum and steals a World War II Enigma machine, lynching the guard who happens to cross their path. Meanwhile, in Prague, a frenzied and mindless anti-Semitic attack on a synagogue culminates in the theft of a seemingly worthless painting by a little known Czech artist called Karel Bellak. A year has passed since Tom Kirk, the world's greatest art thief, decided to put his criminal past behind him and embark on a new career, on the right side of the law . Then three major thefts occur, and suddenly Tom is confronted with a deadly mystery and a sinister face from the past. Résumé: Flanders, June 1917: a British officer and celebrated poet, is shot dead, killed not by German fire, but while recuperating from shell shock well behind the lines. A young English soldier is arrested and, although he protests his innocence, charged with his murder. Douglas Kingsley is a conscientious objector, previously a detective with the London police, now imprisoned for his beliefs. He is released and sent to France in order to secure a conviction. Forced to conduct his investigations amidst the hell of The Third Battle of Ypres, Kingsley soon discovers that both the evidence and the witnesses he needs are quite literally disappearing into the mud that surrounds him. Ben Elton's tenth novel is a gut-wrenching historical drama which explores some fundamental questions. What is murder? What is justice in the face of unimaginable daily slaughter? And where is the honour in saving a man from the gallows if he is only to be returned to die in a suicidal battle? As the gap between legally-sanctioned and illegal murder becomes evermore blurred, Kingsley quickly learns that the first casualty when war comes is truth. 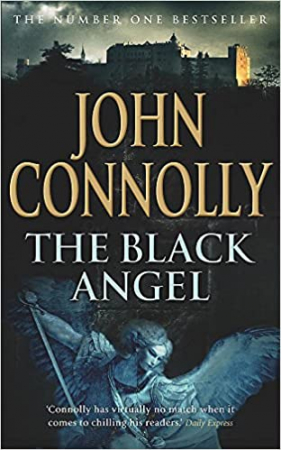 Résumé: The Black Angel is not an object. The Black Angel is not a myth. The Black Angel lives. A young woman goes missing from the streets of New York. Those who have taken her believe that nobody cares about her, and that no one will come looking for her. They are wrong. She is 'blood' to the killer Louis, the man who stands at the right hand of private detective Charlie Parker, and Louis will tear apart anyone who stands in the way of his attempts to find her. But as Louis's violent search progresses, Parker comes to realize that the disappearance is part of an older mystery, one that is linked to an ornate church of bones in Eastern Europe, to the slaughter at a French monastery in 1944, and to the quest for a mythical prize that has been sought for centuries by evil men: the Black Angel. Yet the Black Angel is more than a myth. It is conscious. It dreams. It is alive. And men are not the only creatures that seek it ... Résumé: A killer flees the scene of a homicide at a prestigious Manhattan music school and locks himself in a classroom. Within minutes, the police have him surrounded. Then a scream rings out, followed by a gunshot. The police break down the door. The room is empty. Lincoln Rhyme and Amelia Sachs are brought in to help with the high-profile investigation. For the ambitious Sachs, solving the case could earn her a promotion. For the quadriplegic Rhyme, it means relying on his protegee to ferret out a master illusionist they've dubbed 'the conjurer', who baits them with gruesome murders that become more diabolical with each fresh crime. As the fatalities rise and the minutes tick down, Rhyme and Sachs must move beyond the smoke and mirrors to prevent a terrifying act of vengeance that could become the greatest vanishing act of all. Tell me your dreams Sidney Sheldon
0 0

Tell me your dreams / Sidney Sheldon

Tell me your dreams - Copies

Résumé: She had read about stalkers, but they belonged in a different, faraway world. She had no idea who it could be, who would want to harm her. She was trying desperately not to panic, but lately her sleep had been filled with nightmares, and she had awakened each morning with a feeling of impending doom. Thus begins Sidney Sheldon's chilling new novel, Tell Me Your Dreams. Three beautiful young women are suspected of committing a series of brutal murders. The police make an arrest that leads to one of the most bizarre murder trials of the century. Based on actual events, Sheldon's novel races from London to Rome to the city of Quebec to San Francisco, with a climax that will leave the reader stunned. 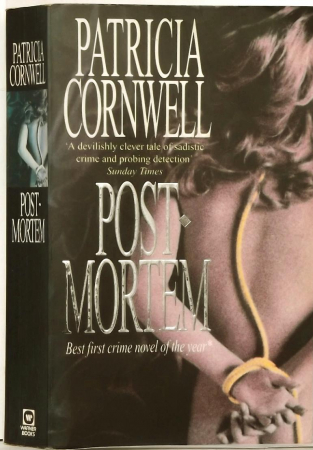 Résumé: The 1st Dr Kay Scarpetta novel. A serial killer is on the loose in Richmond Virginia USA. Three women have died, brutalised and strangledin their own bedrooms. There is no pattern; the killer appears to strike at random - but always early on Saturday mornings.