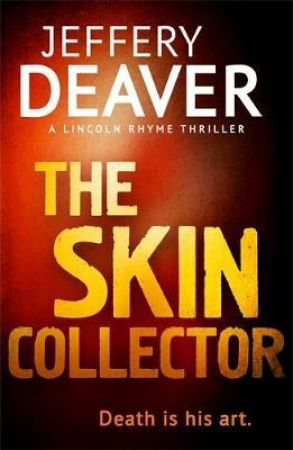 Résumé: A new type of serial killer is stalking the streets of New York - one more devious and disturbing than ever before. They call this butcher The Skin Collector: a tattooist with a chamber of torture hidden deep underground. But instead of using ink to create each masterpiece, the artist uses a lethal poison which will render targets dead before they can even entertain the prospect of escape... Drafted in to investigate, NYPD detective Lincoln Rhyme and his associate Amelia Sachs have little to go on but a series of cryptic messages left etched into the skin of the deceased. As the pair struggle to discover the meaning behind the designs, they are led down a treacherous and twisting path where nothing is as it seems. And with the clock rapidly ticking before the killer strikes again, they must untangle the twisted web of clues before more victims - or they themselves - are next. 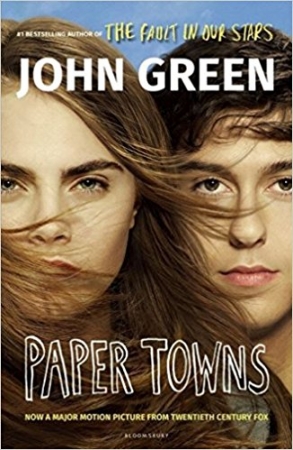 Résumé: Quentin Jacobsen has always loved Margo Roth Spiegelman, for Margo (and her adventures) are the stuff of legend at their high school. So when she one day climbs through his window and summons him on an all-night road trip of revenge he cannot help but follow. But the next day Margo doesn't come to school and a week later she is still missing. Q soon learns that there are clues in her disappearance . . . and they are for him. But as he gets deeper into the mystery - culminating in another awesome road trip across America - he becomes less sure of who and what he is looking for. Masterfully written by John Green, this is a thoughtful, insightful and hilarious coming-of-age story. Paper Towns the film will be released in 2015. 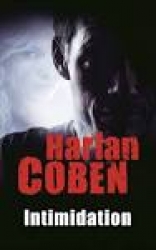 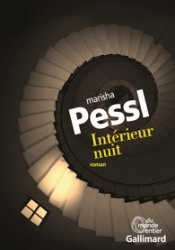 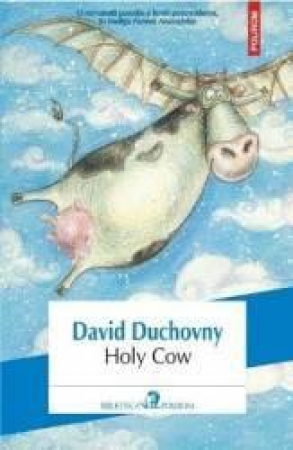 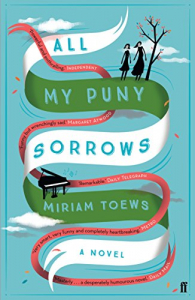 All my puny sorrows Miriam Toews
0 0

All my puny sorrows / Miriam Toews

All my puny sorrows - Copies

Résumé: Elf and Yoli are two smart, loving sisters. Elf is a world-renowned pianist, glamorous, wealthy, happily married: she wants to die. Yoli is divorced, broke, sleeping with the wrong men: she desperately wants to keep her older sister alive. When Elf's latest suicide attempt leaves her hospitalised weeks before her highly anticipated world tour, Yoli is forced to confront the impossible question of whether it is better to let a loved one go. Miriam Toews's All My Puny Sorrows, at once tender and unquiet, offers a profound reflection on the limits of love, and the sometimes unimaginable challenges we experience when childhood becomes a new country of adult commitments and responsibilities. 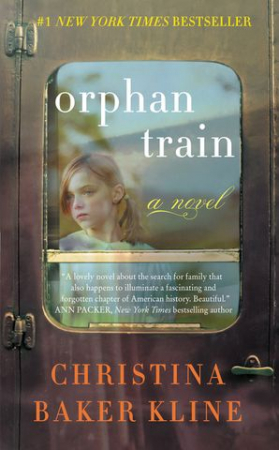 Résumé: The runaway bestseller that has swept the nation, with more than one million copies sold Between 1854 and 1929, so-called orphan trains ran regularly from the cities of the East Coast to the farmlands of the Midwest, carrying thousands of abandoned children whose fates would be determined by luck and chance. This is the story of one such child. As a young Irish immigrant, Vivian Daly was sent by rail from New York City to an uncertain future a world away. Returning east later in life, Vivian leads a quiet, peaceful existence on the coast of Maine. But in her attic, hidden in trunks, are reminders of a turbulent past. Seventeen-year-old Molly Ayer knows that a community-service position helping an elderly widow clean out her attic is the only thing keeping her out of juvenile hall. But as Molly helps Vivian sort through her keepsakes and possessions, she discovers that she and Vivian aren't as different as they appear. A Penobscot Indian who has spent her youth in and out of foster homes, Molly is also an outsider being raised by strangers, and she, too, has unanswered questions about the past. Moving between contemporary Maine and Depression-era Minnesota, Orphan Train is a powerful tale of upheaval and resilience, second chances, and unexpected friendship. 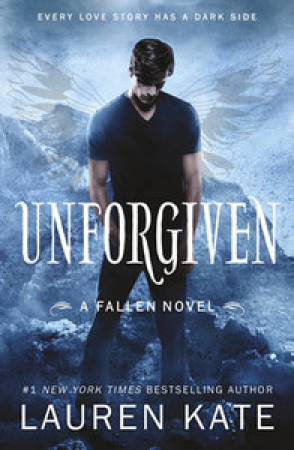 Résumé: High school can be hell. Cam knows what it's like to be haunted. He's spent more time in Hell than any angel ever should. And his freshest Hell is high school, where Lilith, the girl he can't stop loving, is serving out a punishment for his crimes. Cam made a bet with Lucifer: he has fifteen days to convince the only girl who really matters to him to love him again. If he succeeds, Lilith will be allowed back into the world, and they can live their lives together. But if he fails . . . there's a special place in Hell just for him. Tick-tock. The long-awaited new novel in the global bestselling Fallen series. 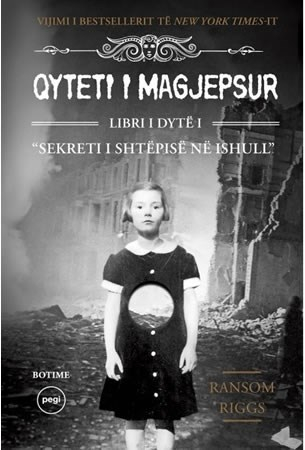 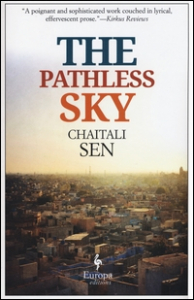 Résumé: In The Pathless Sky, Chaitali Sen conjures a world in which a nation’s political turmoil, its secret history and growing social unrest turn life into a fragile and capricious thing and love into a necessary refuge to be defended at all cost. A world not unlike the one we live in. John, a hapless young student with a potentially brilliant academic career ahead of him, and Mariam, a shy, preternaturally perceptive woman from the north, meet and fall in love in college. Their early careers, their seemingly mismatched natures, and the alarming changes occurring in their country conspire to keep them apart for years. But a day comes when, across a great distance, both realize that they have always loved each other. During the intervening years, however, the troubles in their country have reached a critical impasse. Government crimes have been white washed, personal liberty is deeply compromised, a resistance movement has emerged from the underground to take the fight for freedom to the streets, and the government militia employs increasingly draconian measures in an attempt to maintain control. When Mariam is implicated in the latest spell of anti-government actions and arrested without appeal, the consequences of her and John’s love will prove potentially dire for both. The Pathless Sky is a haunting and moving novel for readers of Michael Ondaatje’s The English Patient, Jhumpa Lahiri’s The Lowland, and the novels of Amitav Ghosh. Sen’s lyrical language and fluid storytelling mirror the rhythms of political struggle itself. John and Mariam are unforgettable characters, troubled lovers who struggle to find a space for the finest human emotions in a place that is determined to abolish them. 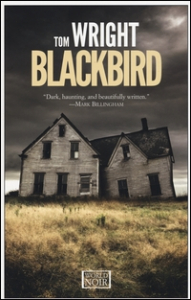 Résumé: In a small town in the Ark-LATex region, Detective Jim Beaudry Bonham has been assigned a new case: a woman has been brutally attacked and nailed to a cross on the outskirts of town the day after a devastating storm hits. Bonham recognizes her immediately as Dr. Deborah Gold, one of the town’s most well known psychologists. Knowing how many secrets Dr. Gold took to her grave, Bonham’s list of suspects grows by the minute—as well as the questions that help explain just how and why such a gruesome murder was committed. With the help of complex, fully realized characters (the town itself being one of them), Blackbird is not only an intelligent crime novel, but also an in-depth exploration of small-town life and how it is affected by extreme violence and savagery. Wright’s comprehensive description of the setting and characters beautifully juxtaposes the unknowns surrounding the murder, making Blackbird a refreshing and welcome addition to the crime canon. 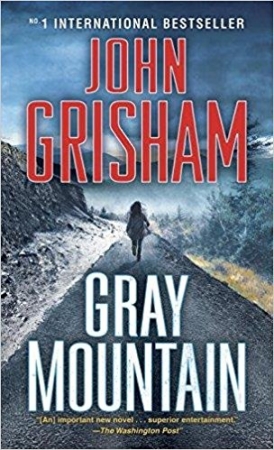 Résumé: America's greatest storyteller brings us a new masterpiece of legal courage and gripping suspense - and his finest heroine since The Pelican Brief. Donovan Gray is ruthless and fearless. Just the kind of lawyer you need, deep in small-town Appalachia. Samantha Kofer is a world away from her former life at New York's biggest law firm. If she is going to survive in coal country, she needs to start learning fast. Because as Donovan knows only too well, the mountains have their own laws. And standing up for the truth means putting your life on the line ...