Résumé: he freezing Montreal winter turns even colder when blue-eyed cop Andrew Ryan is too busy mounting a sting operation and squiring a fetching youngster around to pay much attention to the forensic anthropologist who's his sometime squeeze. Temperance Brennan can't even turn to her chum Anne for much solace because Anne, on a leave of absence from her marriage, is needy herself. Work is no consolation either, since Tempe is facing a riddle she can't solve. How old are the girls' bones discovered under a pizza shop? Maybe a hundred years, maybe less. Homicide cops Claudel and Charbonneau have more pressing matters to deal with-that sting, for instance. So Tempe goes a-hunting, determined to identify whose bones they are and what their history was. She uncovers a possible link to Montreal Mafioso Nick "The Knife" Cataneo and even stronger ties to a smarmy pawnbroker and his terrified girlfriend. But it is 21st-century forensic wizardry that leads Tempe to stomach-churning confrontations in which many are revealed to have been tortured, one more dies, Anne is concussed, and Tempe herself is practically incinerated. Knowledgeable and brave enough to outgore Patricia Cornwell, Reichs (Bare Bones, 2003, etc.) still can't balance her love of science-think carbon-dating for dummies-with her passion for Grand Guignol. Some sassy repartee, but mostly lots and lots of bodies. 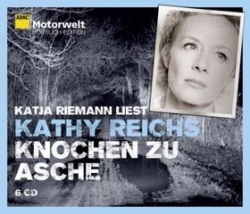 Résumé: Violence is escalating, and spilling onto the streets of Montreal. A nine-year-old girl is killed in crossfire on her way to ballet class. The body of a teenager killed in North Carolina is found hundreds of miles away. Forensic anthropologist Dr Temperance Brennan has to pick up the pieces: she knows she shouldn't let emotion get in the way, but when nin-year-old Emily's body is wheeled into the morgue she cannot help but react. An exhumation uncovers the bones of another inocent in a clandestine grave close to a biker gang headquarters. With her boss in hospital and sparring partner Detective Andrew Ryan mysteriously unavailable, Tempe alone begins a perilous investigation into the lawless underworld of organised crime... 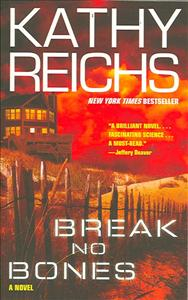