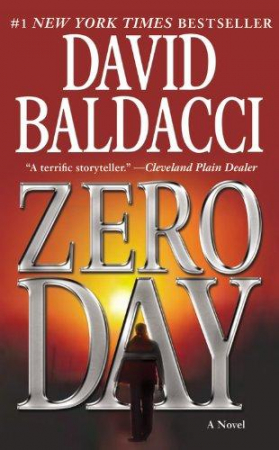 Résumé: John Puller is a combat veteran and the best military investigator in the U.S. Army's Criminal Investigation Division. His father was an Army fighting legend, and his brother is serving a life sentence for treason in a federal military prison. Puller has an indomitable spirit and an unstoppable drive to find the truth. Now, Puller is called out on a case in a remote, rural area in West Virginia coal country far from any military outpost. Someone has stumbled onto a brutal crime scene, a family slaughtered. The local homicide detective, a headstrong woman with personal demons of her own, joins forces with Puller in the investigation. As Puller digs through deception after deception, he realizes that absolutely nothing he's seen in this small town, and no one in it, are what they seem. Facing a potential conspiracy that reaches far beyond the hills of West Virginia, he is one man on the hunt for justice against an overwhelming force. David Baldacci is one of the world's favorite storytellers. His books are published in over 45 languages and in more than 80 countries, with over 110 million copies in print. David Baldacci is also the cofounder, along with his wife, of the Wish You Well Foundation, a nonprofit organization dedicated to supporting literacy efforts across America. Still a resident of his native Virginia, he invites you to visit him at www.DavidBaldacci.com and his foundation at www.WishYouWellFoundation.org, and to look into its program to spread books across America at www.FeedingBodyandMind.com. Résumé: Following their collaboration in "Split Second", ex-Secret Service agents Sean King and Michelle Maxwell have gone into partnership and are investigating the robbery of some secret documents at the residence of the incredibly wealthy Battle family. It seems like a straightforward case of domestic burglary, but soon they begin to suspect links to larger, more terrifying events now shaking the prosperous town of Writghtsburg ...The unidentified corpse of an attractive young woman turns up in the woods; two high school kids, one shot in the back, the other in the face, are found dead in their car; a successful lawyer is discovered stabbed to death in her own home. A serial killer is on the loose. The murderer kills in the manner of famous killers of the past but takes care to leave a stopped watch at the scene of each crime - corresponding to the victim's position on his hit list. As the killing spree escalates it seems that the fractured Battle family are somehow involved and Maxwell and King suddenly find themselves racing to solve an intricate puzzle, one that is full of tantalizing clues but barren of solid evidence, and one that is leaving even the FBI confounded. And all the while, the body count is rising ... 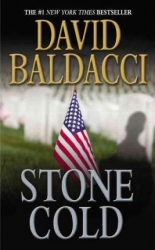 Résumé: Oliver Stone, the leader of the mysterious group that calls itself the Camel Club, is both feared and respected by those who've crossed his path. Keeping a vigilant watch over our leaders in Washington D.C., the Camel Club has won over some allies, but it has also earned formidable enemies-including those in power who will do anything to prevent Stone and his friends from uncovering the hidden, secret work of the government. Annabelle Conroy, an honorary member of the Camel Club, is also the greatest con artist of her generation. She has swindled forty million dollars from casino king Jerry Bagger, the man who murdered her mother. Now he's hot on her trail with only one goal in mind: Annabelle's death. But as Stone and the Camel Club circle the wagons to protect Annabelle, a new opponent, who makes Bagger's menace pale by comparison, suddenly arises.One by one, men from Stone's shadowy past are turning up dead. Behind this slaughter stands one man: Harry Finn. To almost all who know him, Finn is a doting father and loving husband who uses his skills behind the scenes to keep our nation safe. But the other face of Harry Finn is that of an unstoppable killer who inevitably sets his lethal bull's-eye on Oliver Stone. And with Finn, Stone may well have met his match. As Annabelle and the Camel Club fight for their lives, the twists and turns whipsaw, leading to a finale that is as explosive as it is shattering. And when buried secrets are at last violently resurrected, the members of the Camel Club left standing will be changed forever. With unrelenting pacing, stunning reversals, and two of the most compelling characters in modern fiction, STONE COLD is David Baldacci writing at his breathtaking best. 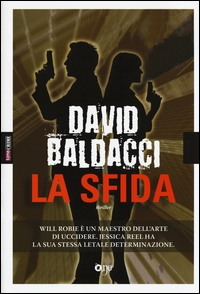 Résumé: Known by his alias, “Oliver Stone,” John Carr is the most wanted man in America. With two pulls of the trigger, the men who hid the truth of Stone’s past and kept him in the shadows were finally silenced. But Stone’s freedom has come at a steep price; the assassinations he carried out have prompted the highest levels of the United States Government to unleash a massive manhunt. Joe Knox is leading the charge, but his superiors aren’t telling him everything there is to know about his quarry—and their hidden agendas are just as dangerous as the killer he’s trying to catch. Meanwhile, with their friend and unofficial leader in hiding, the members of the Camel Club must fend for themselves, even as they try to protect him. As Knox closes in, Stone’s flight from the demons of his past will take him far from Washington, D.C., to the coal-mining town of Devine, Virginia—and headlong into a confrontation every bit as lethal as the one he is trying to escape. 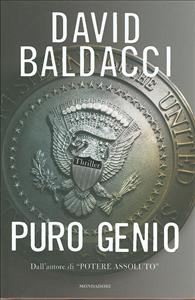 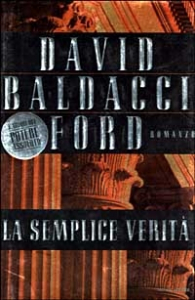